Most of the time I’ve seen prey delivered to a fledgling Red-tailed Hawk it’s dropped off and the kid is left to sort it out. This was the first time I’d seen a parent feeding a young bird who had already fledged. It was a sweet moment.

A brand new Red-tailed Hawk that hasn’t even scuffed a tail feather yet. Sharp. Very sharp.

The Joys of Nesting Season 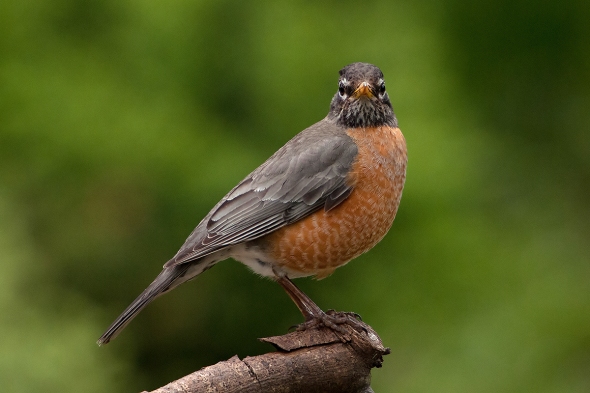 American Coots are nothing if not full of character with their grunting calls, territorialistic temperament, dinosaur feet, and determination to dive – plump and buoyant as they are.

When you see this agressive stance you know a chase is imminent.

And away they go…

back and forth across the lake. They never seem to tire.

But eventually, after re-establishing the hierarchy, they settle down and get back to feeding.

Searching the lake floor for food.

Finding the surface again is easy… just stop what you are doing and a second later you pop back into the world above.

Oh the rarest of sightings… a Coot in actual flight. I think I might have hallucinated this right into the camera. 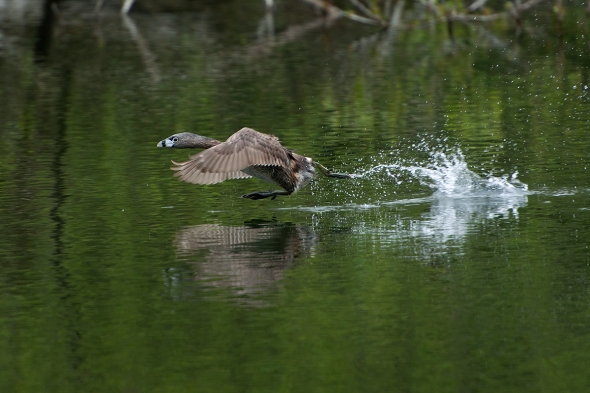 I was watching the Coots running around like mad but never expected to see the Pied-billed Grebes at North Lake adopt the water sprinting behaviour. Very cool. 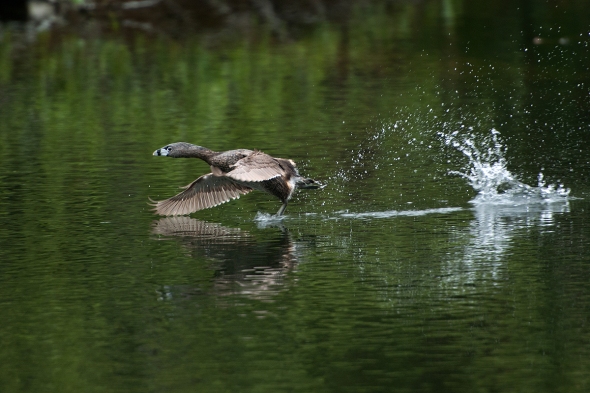 Each little foot pounds the water’s surface for a split second and the pitter patter can be heard clear across the lake.

The Grebe begins to transition into torpedo mode… 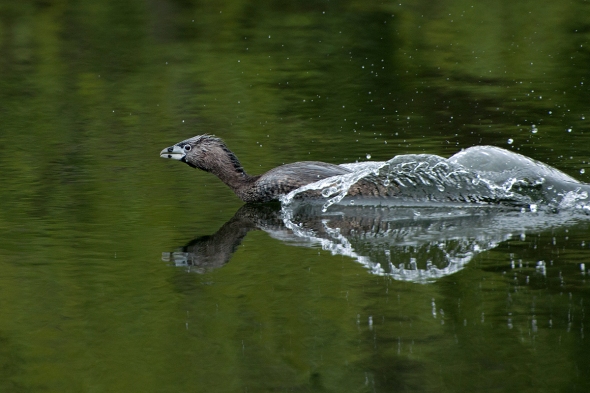 And just that quickly the Grebe pops below the surface and then rises as if nothing had happened.