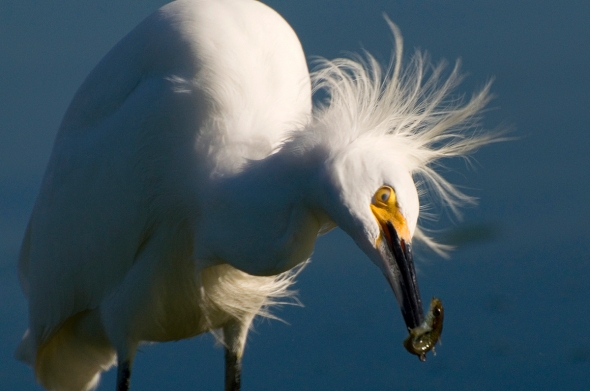 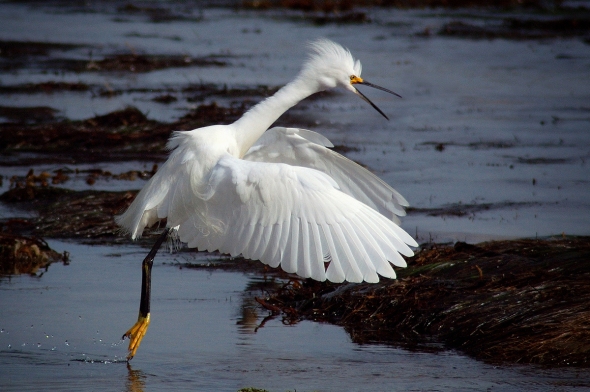 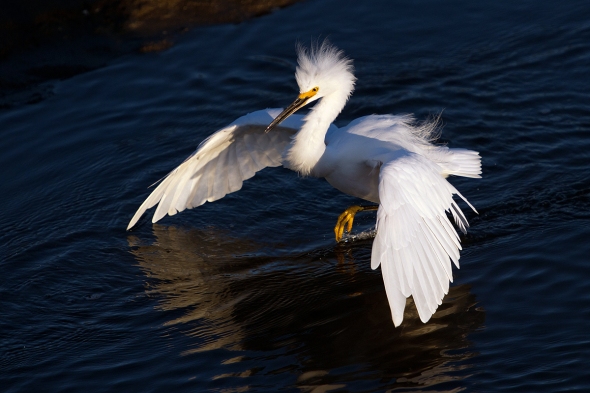 Snowy Egrets can often be seen foraging together in scattered groups but there is inevitably some tension and competition. When an egret decides it has had enough it isn’t shy about showing its displeasure. 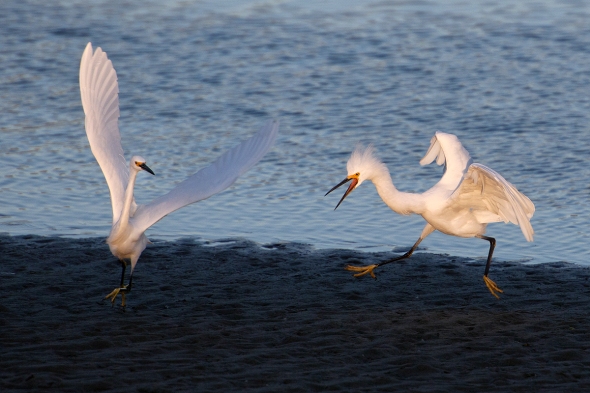 The egret on the left was busy preening and looked up just in time to see the aggressor arriving. 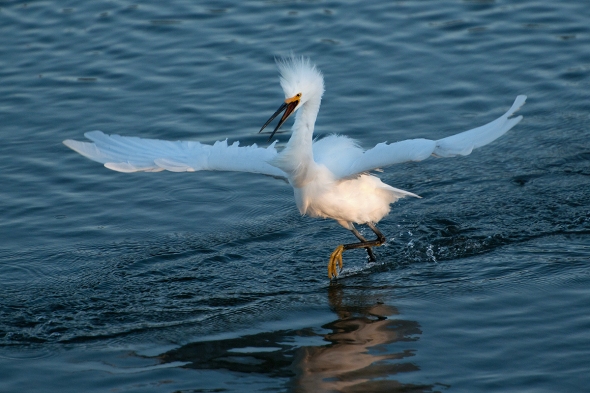 Dancing over the water in a fit of rage. 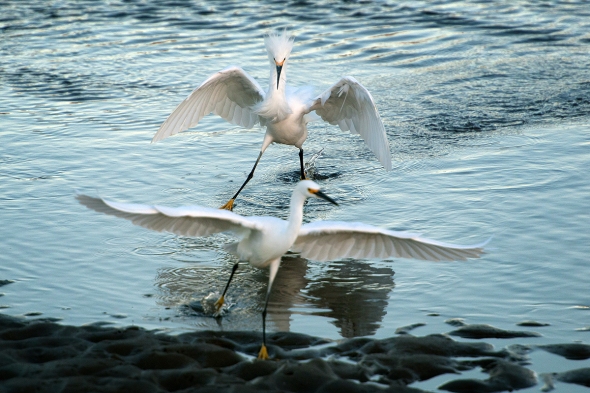 The chase becomes relentless when the message doesn’t seem to sink in. 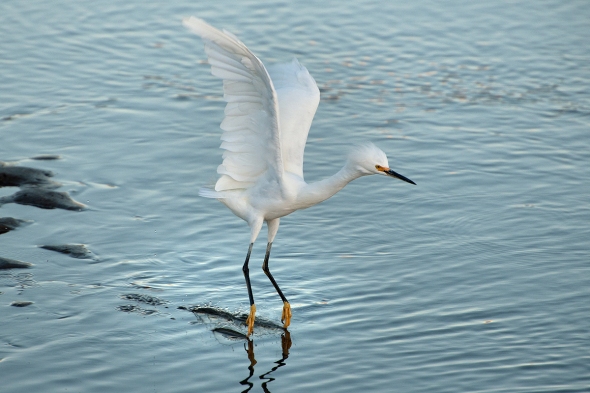 Prepared for anything, it leaves its landing gear down, dragging its feet in the water preparing for a change of direction. 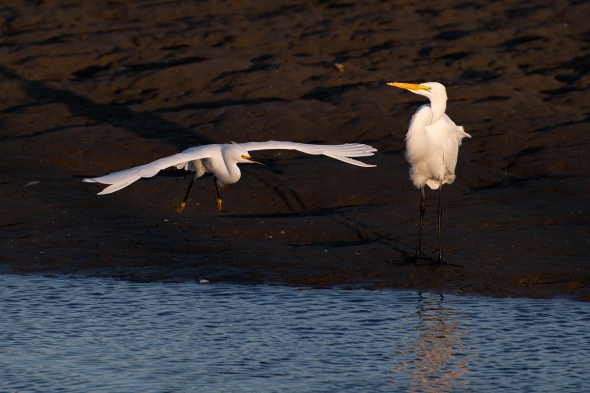 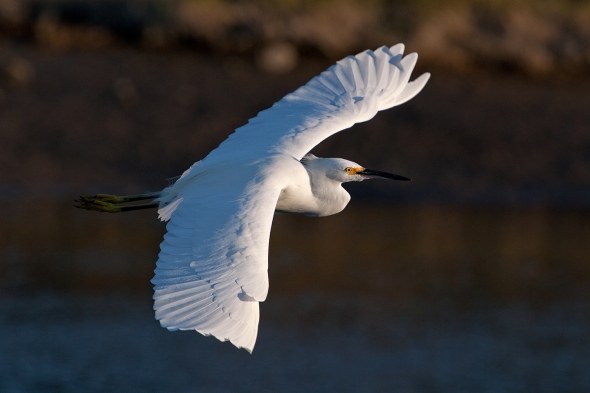 Leaving the scene in style. 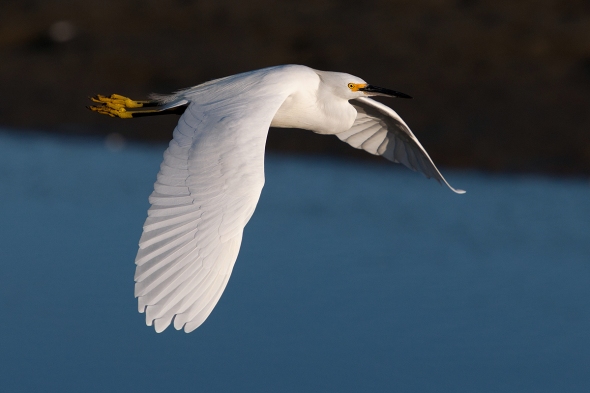 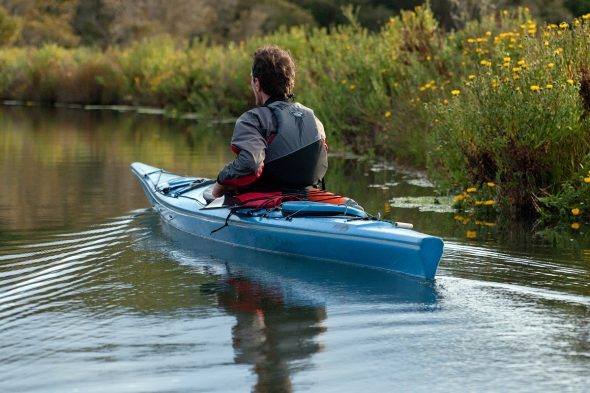 This isn’t a particularly birdy post but it does set the scene. I’m lucky to call Bolinas home. Here are a few shots from a recent late afternoon outing on the lagoon. Above, my friend Stijn gliding near Pine Gulch Creek. 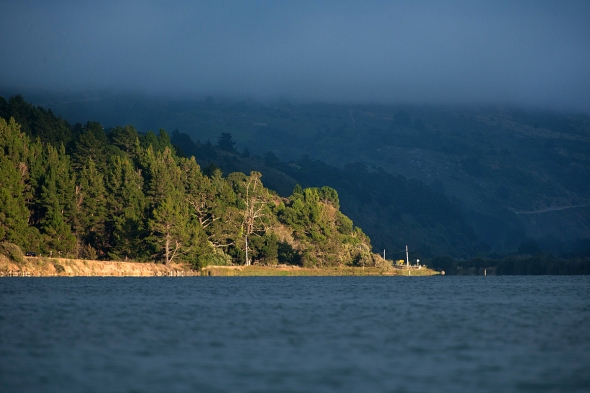 Sunlight persists through a crack in the sky, on an otherwise grey day, and it sets the distant shoreline off from the darkening hills. 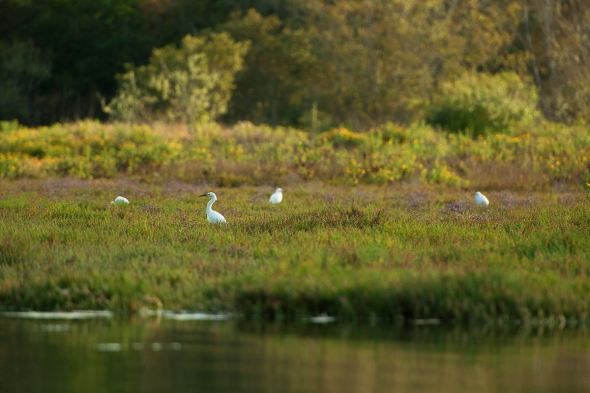 Bolinas Snowy Egrets hunt in packs. As this smaller congregation forages, the tide slowly slips out from beneath them. 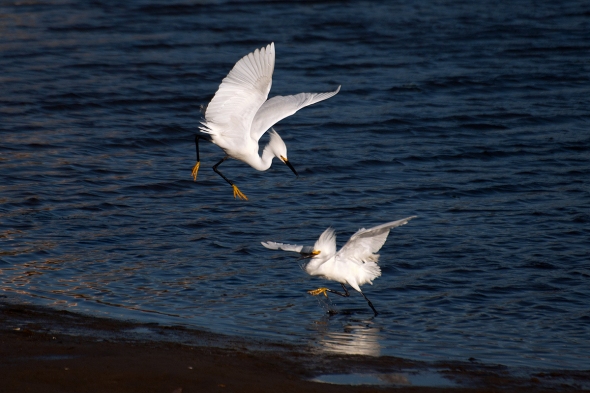 You never know if these encounters are going to be civil or agressive. What followed was surprising in that it went on and on, rather than resolving after a few seconds.