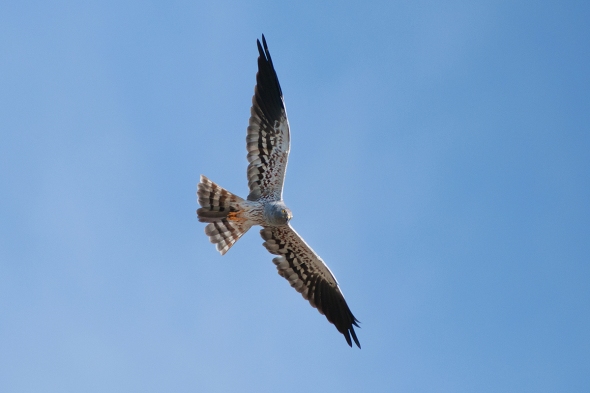 A male soars high over the Serengeti plains. 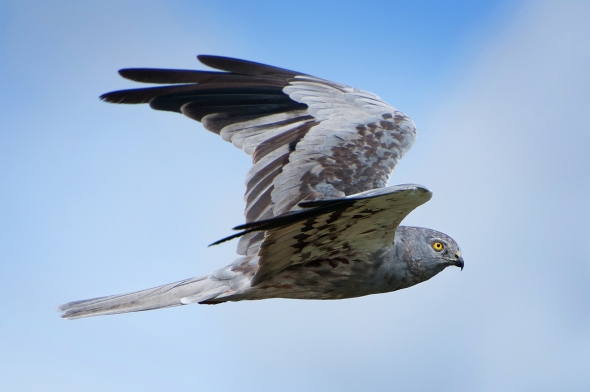 This male Montagu’s Harrier flew by so quickly and so close to the car that I barely managed to get it in the frame. It was in the middle of its molt cycle, as were many birds in December. For some birds, their disheveled appearance and strange color combinations made guessing age and ID a bit trickier than normal.

These Greater Flamingos in the shadow of the crater wall were easy to ID but sought refuge on the far side of Lake Magadi which made a close approach impossible.

Yellow-billed Oxpeckers are beautiful and gross. They live on the ticks and other insects roaming around on their free rides. They also have a habit of keeping small wounds open to they can drink the blood of their hosts… but they make up for it by performing another valuable service… eating earwax. See what I mean? 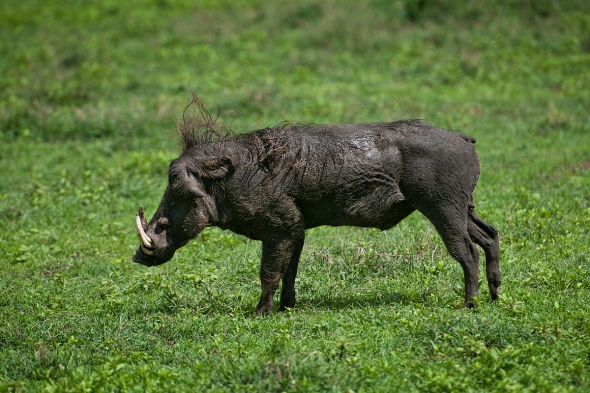 Warthogs on the other hand, like this one fresh from a mud bath, are all sweetness and light. Cuter than they seem once you watch them foraging for food and sprinting from danger with their tails held straight up. Some say you can use their tails as a speedometer with vertical indicating top speed.

Lilac-breasted Rollers are stunners. They can be found all over the country. Another example of common birds being uncommonly beautiful. 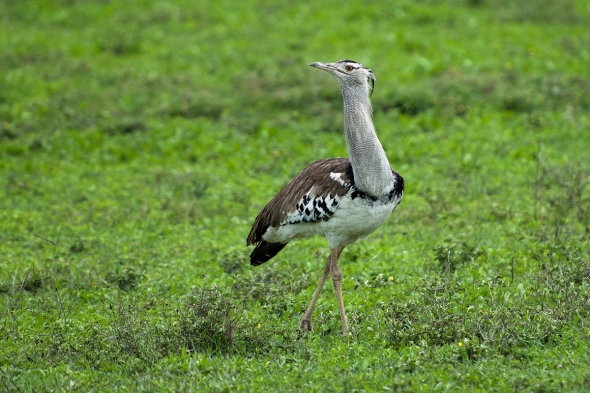 The heaviest bird in the world still capable of flight… the amazing Kori Bustard. 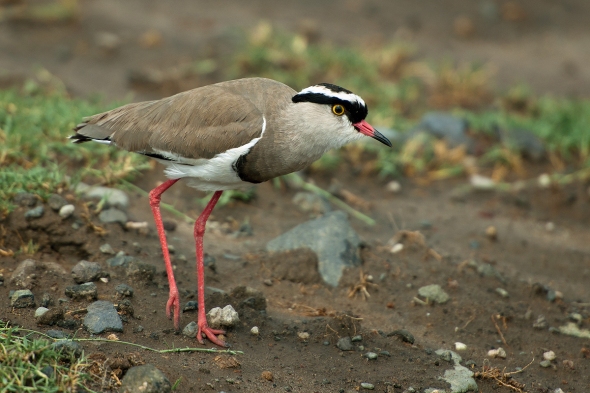 Crowned Plovers are gregarious birds often found near the roadside. 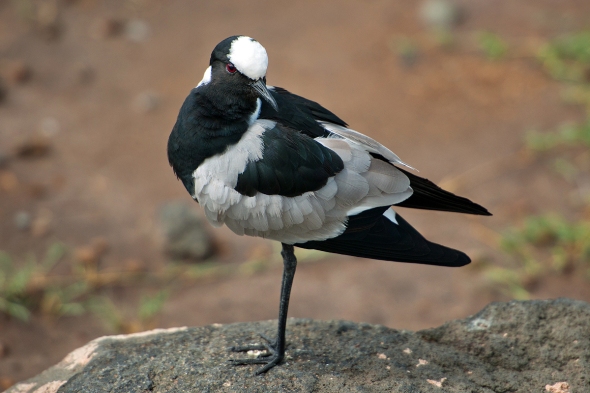 Blacksmith Plovers keep company with the Crowned Plovers and are equally sharp dressers. This one is busy preening, meticulously attending to those fine feathers. 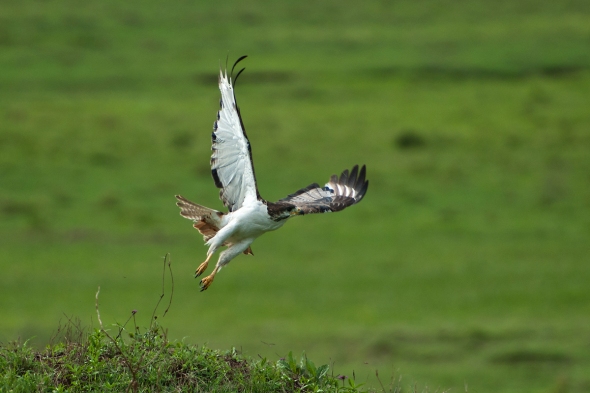 An Augur Buzzard takes flight from a low perch. Much of the crater is treeless and any little gain in elevation means a much better vantage point. Like the Harrier above, this bird is molting too. Check out the dark fresh feathers visible on the wings. The older juvenal flight feathers are brownish and the new tail feathers (mid-tail) are red with no barring. It means this bird was just over a year old and was going through its first molt. This is Tanzania’s version of a Red-tailed Hawk.