Cat in the Crater 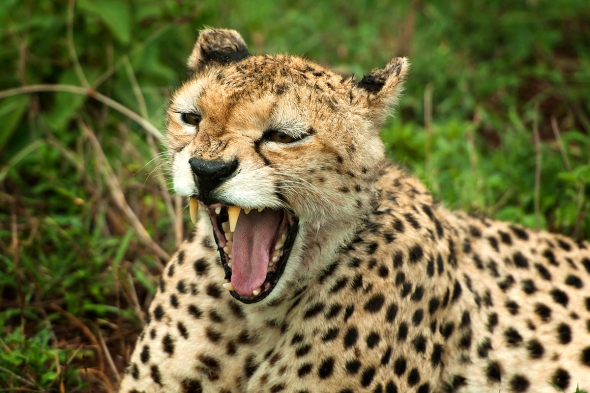 Well my internet connection has finally returned and I can start sharing the fruits of last month’s journey to Tanzania. It took me three trips before I ever got to see a Cheetah but thankfully they have been less elusive lately. This one was lounging on the crater floor waiting out the rain. It seemed to be considering whether it was worth the effort to amble toward a nearby herd of Thompson’s Gazelle.

Ngorongoro Crater is one of my favorite places to spend a day. Looking into it from the rim you might see a few specks which later turn out to be Elephants or Cape Buffalo, but only if you are looking hard for them. It just seems like a vast, beautiful, calm, cauldron of green and the animals don’t really appear until you take the long drive down the entrance road 2000 feet to the crater floor. 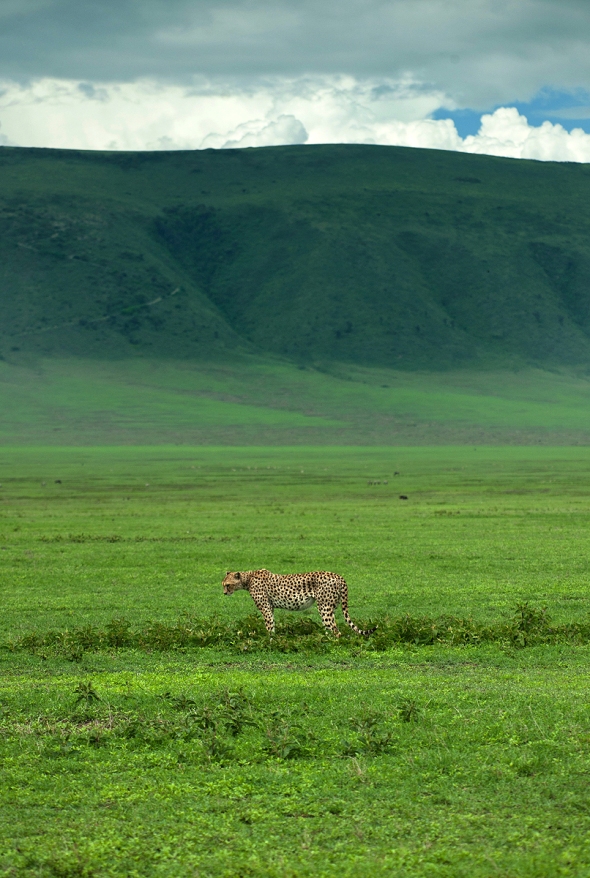 Once at the bottom you beging to see Zebra, Warthogs, Gazelle, Jackals, Flamingos, Kori Bustards, Lapwings, Falcons, Harriers, and in between wandering bundles of grazing Wildebeest you spy a slender tawny creature slinking through the grass and see the first big cat of your trip… a Cheetah. 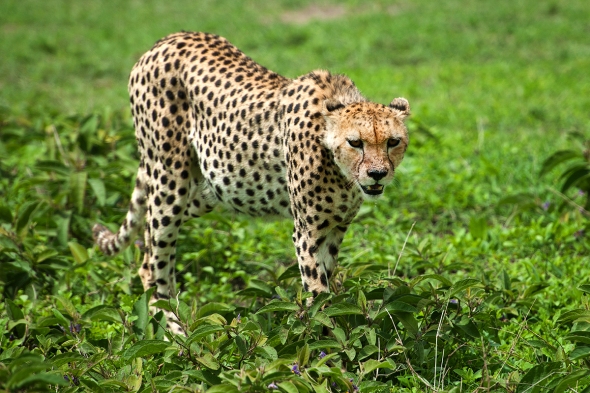 It is a truly special feeling to visit them in their natural habitat. 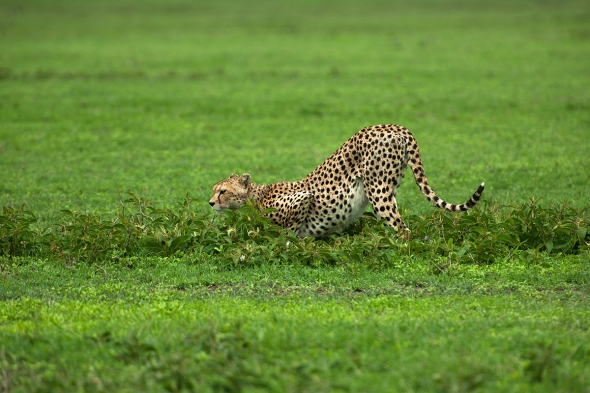 That flexible spine is one of the keys to the tremendous speeds they can achieve. The vegetation is hiding a small pool of water and the Cheetah is slaking its thirst. 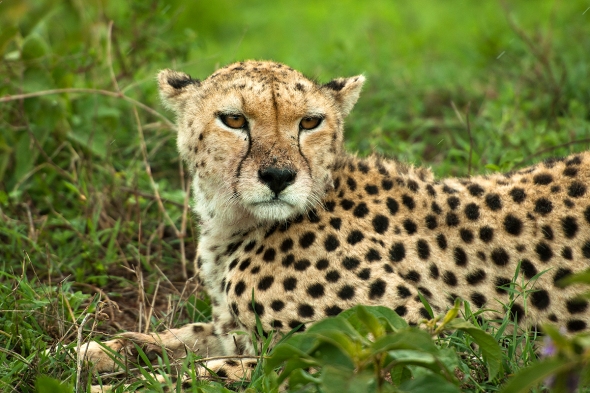 This guy has had a rough week. He sustained an injury to his snout. It might have been a confrontation with feisty prey or a tussle with a competitor for food. Their are plenty of Hyenas about and they seem happy to forego any social niceties. He looked like he was on the mend though. In the video below you might see him breathing heavily but it turns out that’s a feature of big cats, rapid, heavy, body-pulsing, respiration. 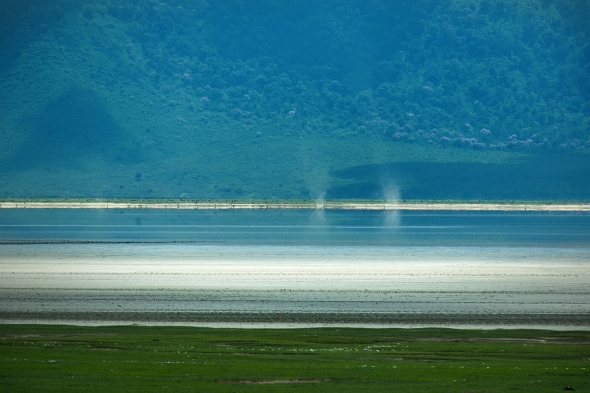 Dust devils parade across the distant shore of Lake Magadi and the rain clouds begin to darken the crater once more. 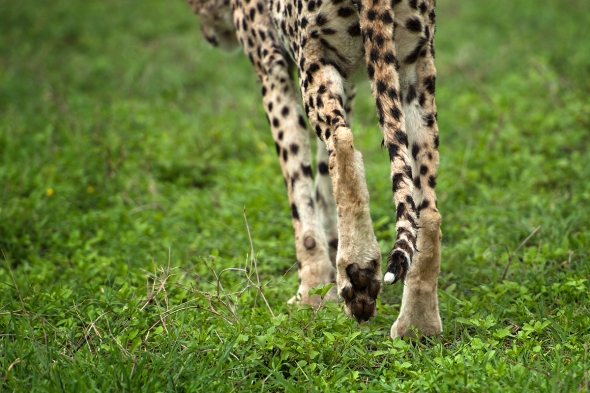 The Cheetah decides to move on and displays none of its reputed speed as it carefully and silently steps away. 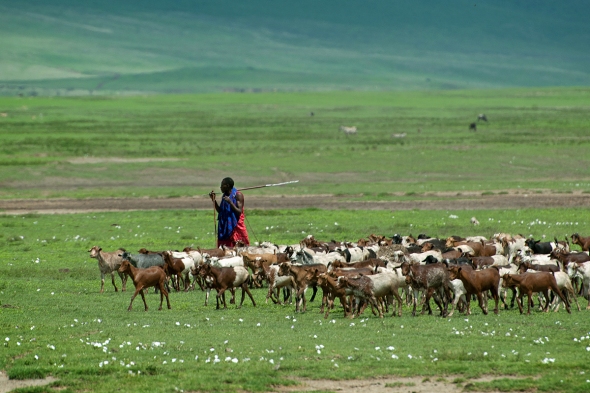 Maasai still bring their cattle and goats to the crater floor to drink and are comfortable with the hard won mutual respect they have established with the big cats over the generations. 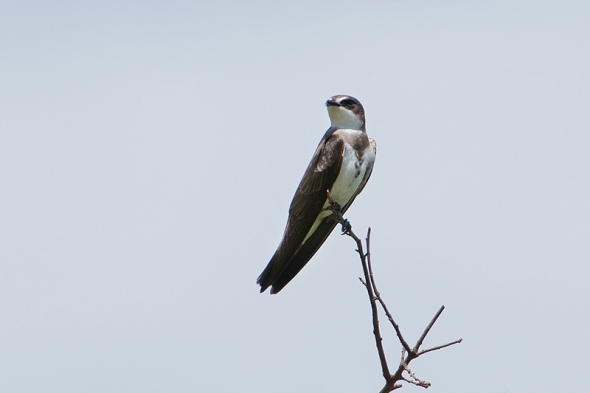 Meanwhile a Banded Martin takes a break near the crater wall. 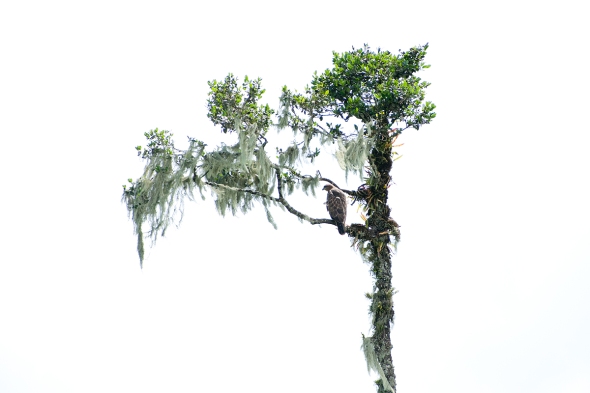 On the fog lined crater rim a Common Buzzard surveys the whiteout below and waits for the sun to emerge.

Here is a view looking toward the Serengeti Plains from the crater rim.

There will be more photos from Ngorongoro Crater over the next few days and we’ll head toward the Serengeti after that.

This entry was posted on January 22, 2012 by kitundu. It was filed under Uncategorized and was tagged with Banded Martin, Cheetah, Common Buzzard, Ngorongoro Crater.