A Bounty of Eagles on Quien Sabe Road

I’d heard reports of people seeing 10-14 Golden Eagles near Quien Sabe Road near Panoche Valley so I went to see for myself. Within 4 minutes of turning onto the road I saw a distant Golden and once I rounded the bend another flew overhead.

A few minutes later I spotted this pair resting together on a hillside. 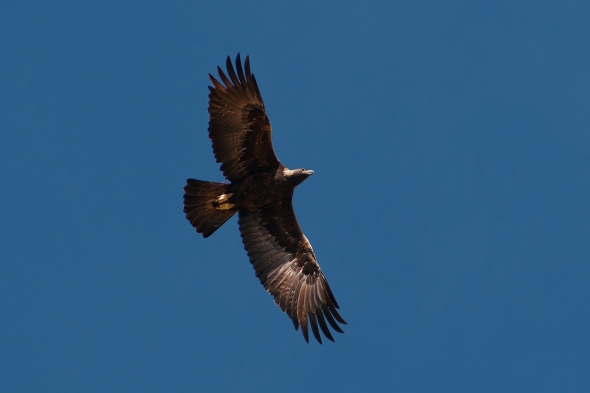 There were even more eagles toward Santa Ana Valley Road.

Near Paicines Reservoir yet another Golden flew over the water followed by a pair of Red-tailed Hawks. Later while I was focusing on some Western Bluebirds I heard a Redtail scream and looked up to see the pair aggressively driving the Golden away.

In this shot the eagle is completely inverted after throwing it talons up at the Redtail which drifted away, satisfied that the eagle had gotten the message. 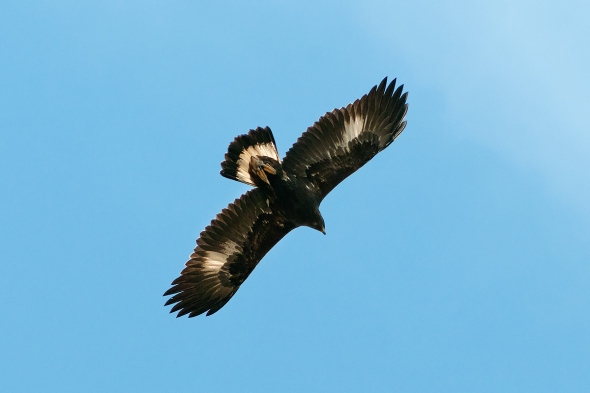 I’ll close out this post with a young Golden Eagle, also from the area near Quien Sabe.

This entry was posted on November 23, 2011 by kitundu. It was filed under Uncategorized and was tagged with Golden Eagle, Paicines Reservoir, Quien Sabe Road, Red-tailed Hawk.