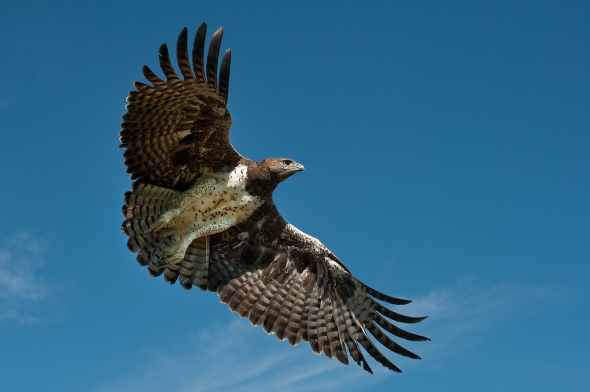 A Martial Eagle, the largest in Africa, takes flight in the Serengeti.

A Secretary Bird quenches its thirst.

One of the less common but more beautiful starlings in Tanzania, a Ruppel’s Starling. 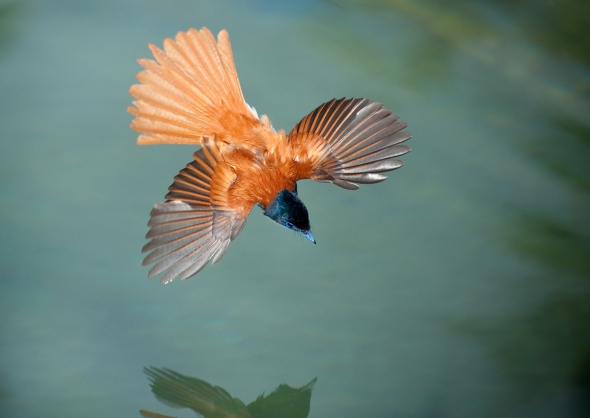 A Paradise Flycatcher takes a dip in the pool. This bird often returned to bathe at this spot. 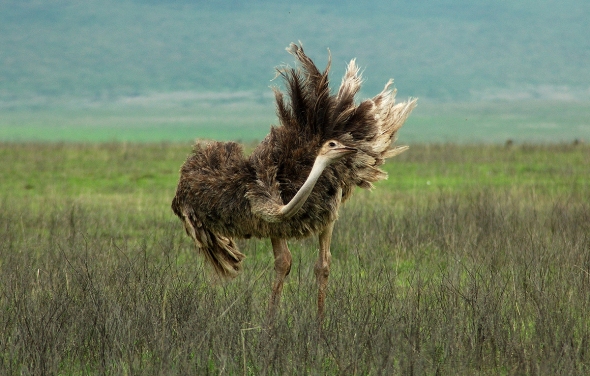 On the floor of the Ngorongoro Crater, a female Ostrich sways as she preens. 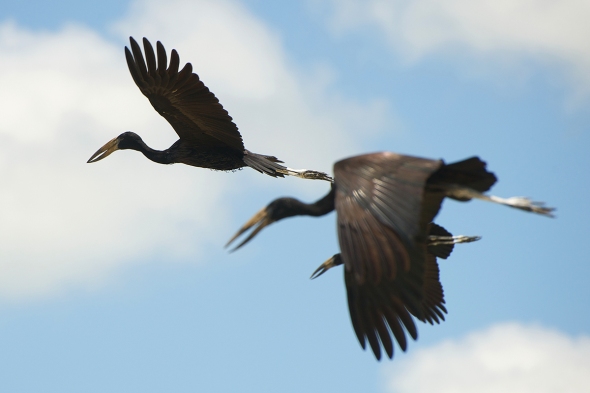 Marabou Storks are thought of as ugly… but not to me. My bird-o-philia even extends to bare-necked carrion eaters.

They often stand, sentinel like, keeping watch over the plains. 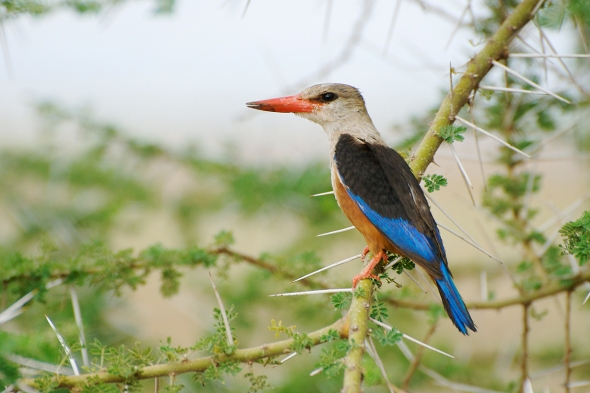 This kingfisher is a terrestrial bird. It hunts insects and lizards and can often be found far from water. I’ll look it up in my guidebook later.

Sand Grouse on the move as the impending short rains promise to break the dusty grip the dry season has held on the land.

This entry was posted on August 24, 2011 by kitundu. It was filed under Uncategorized and was tagged with Kingfisher, Marabou Stork, Martial Eagle, Open-biled Stork, Ostrich, Paradise Flycatcher, Rupell's Starling, Sand Grouse, Tanzania.